Email us Call us

The trendy, bustling capital of Oregon. 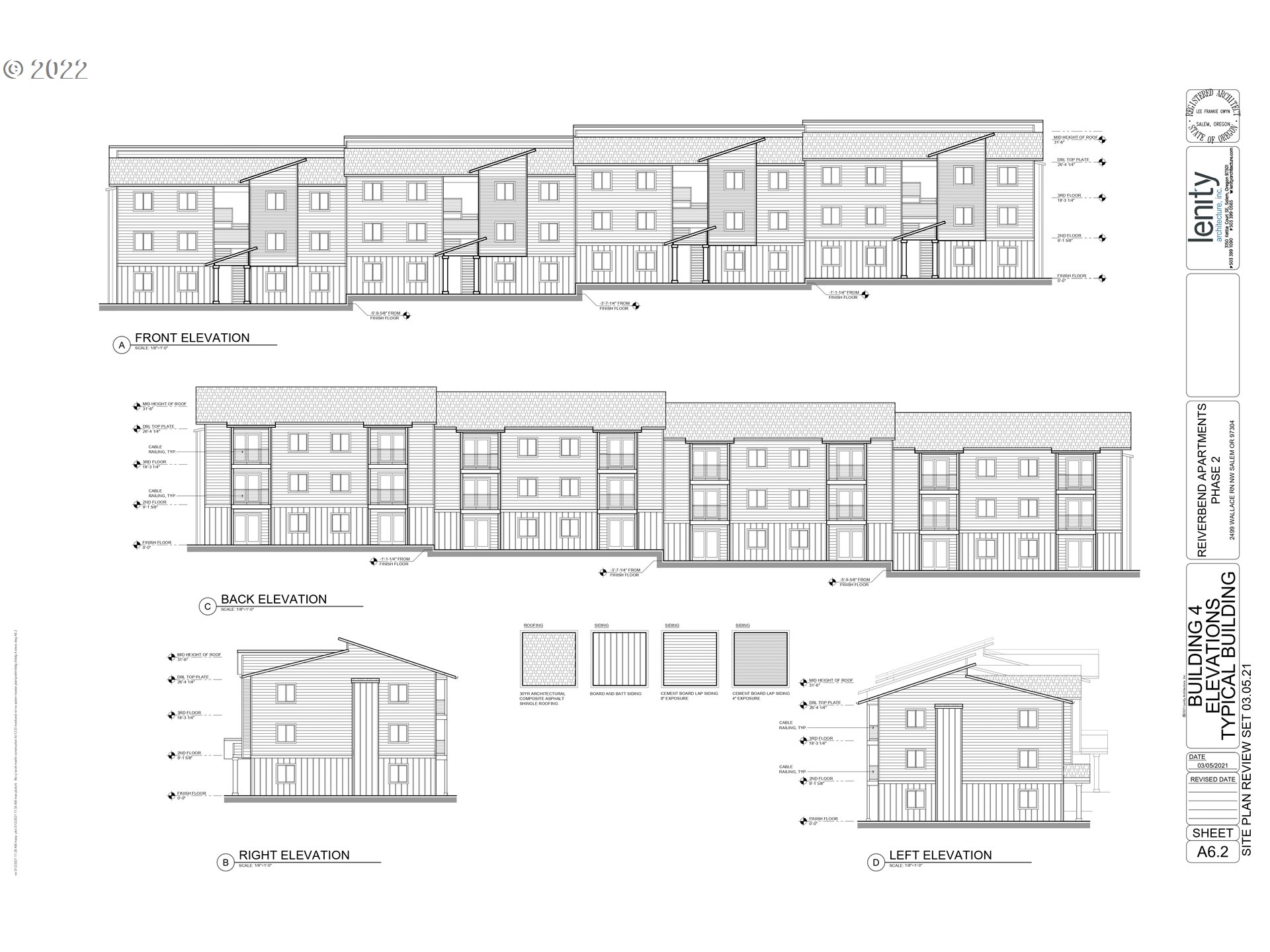 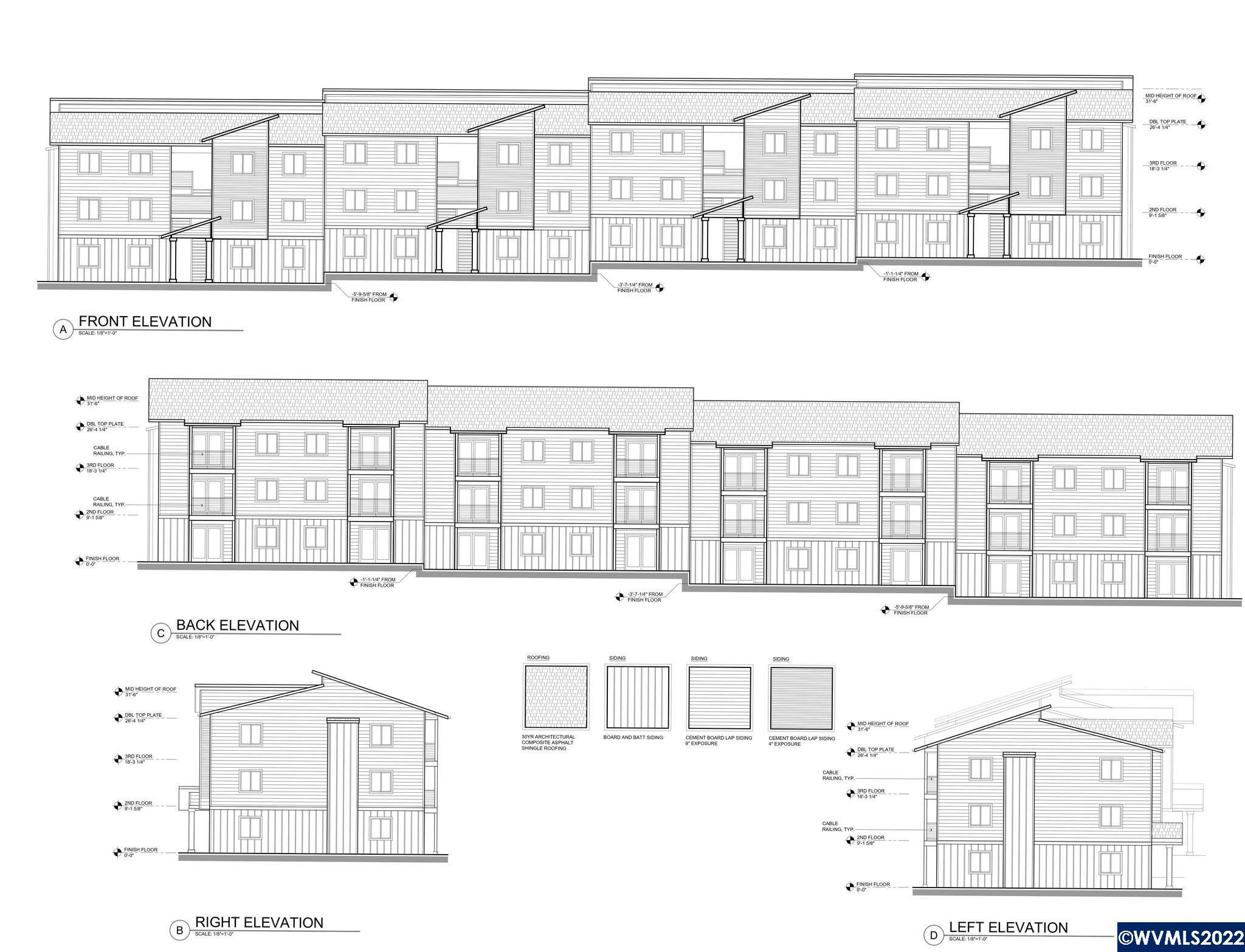 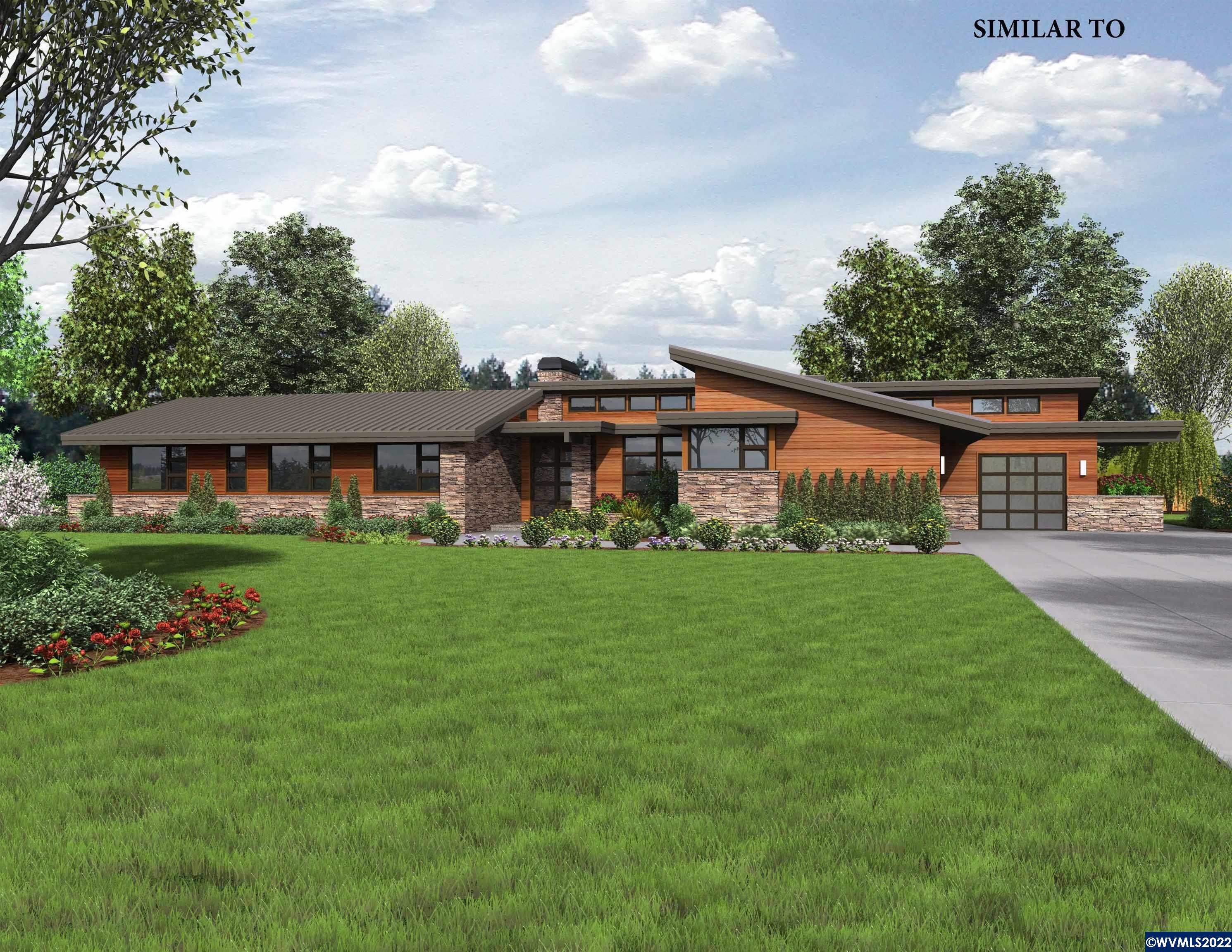 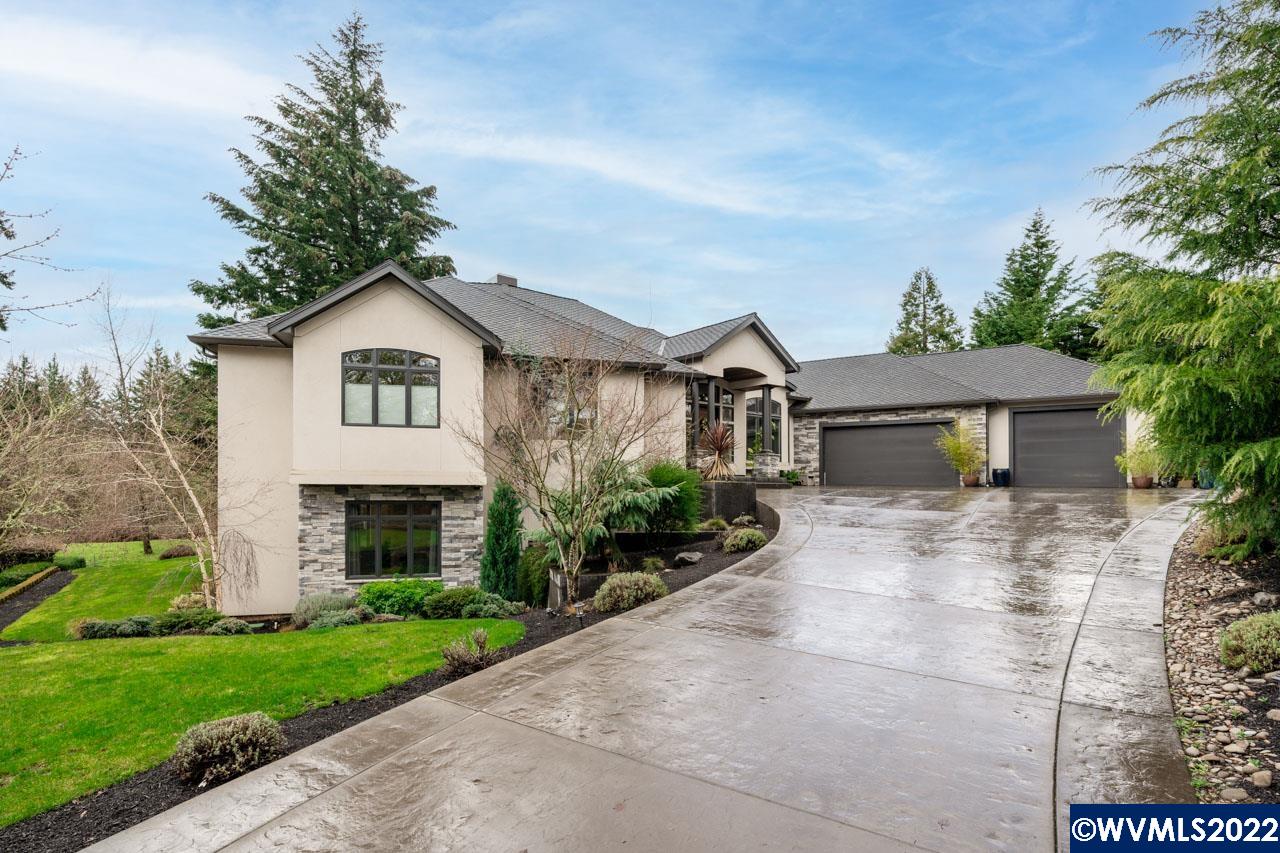 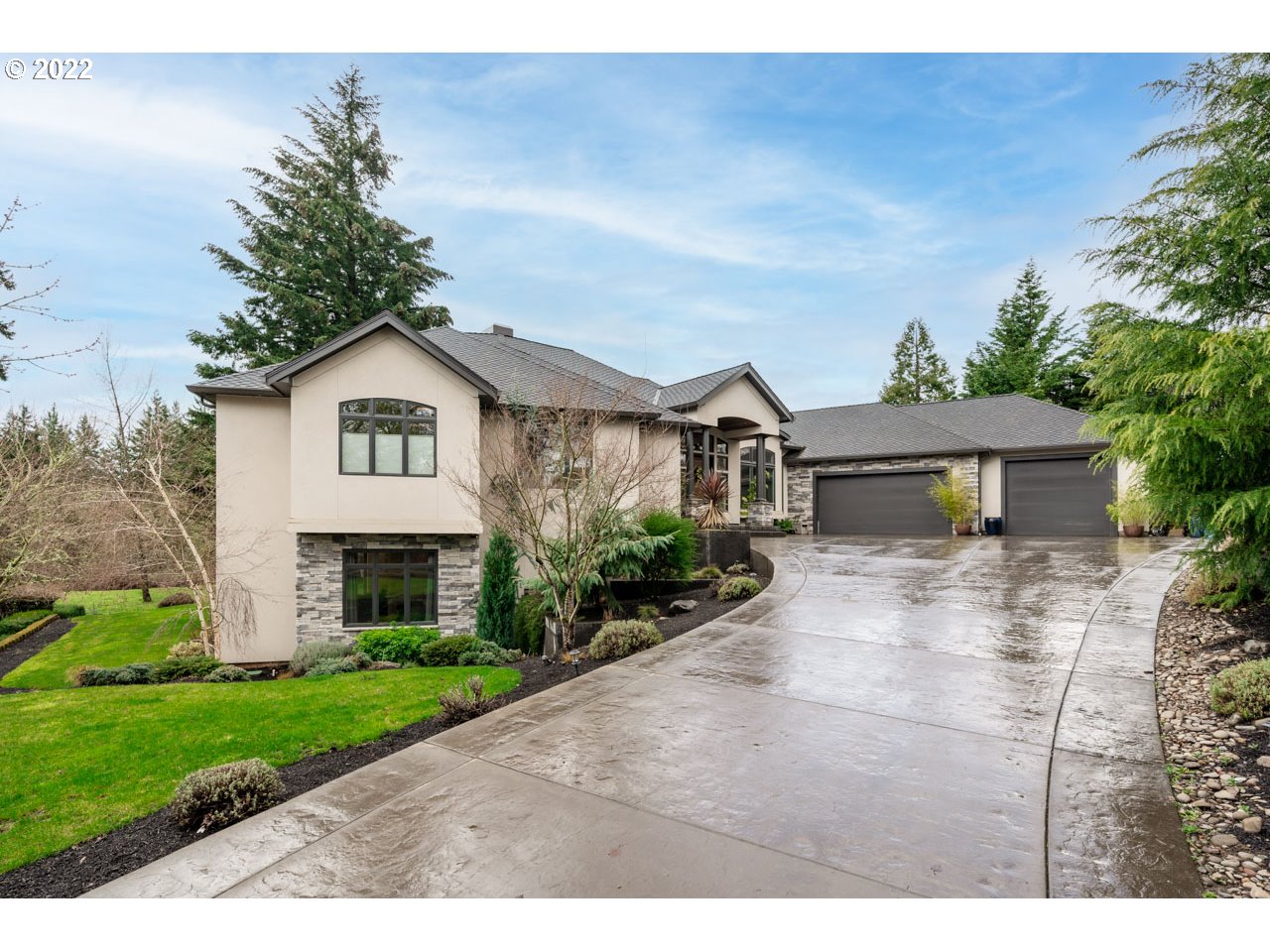 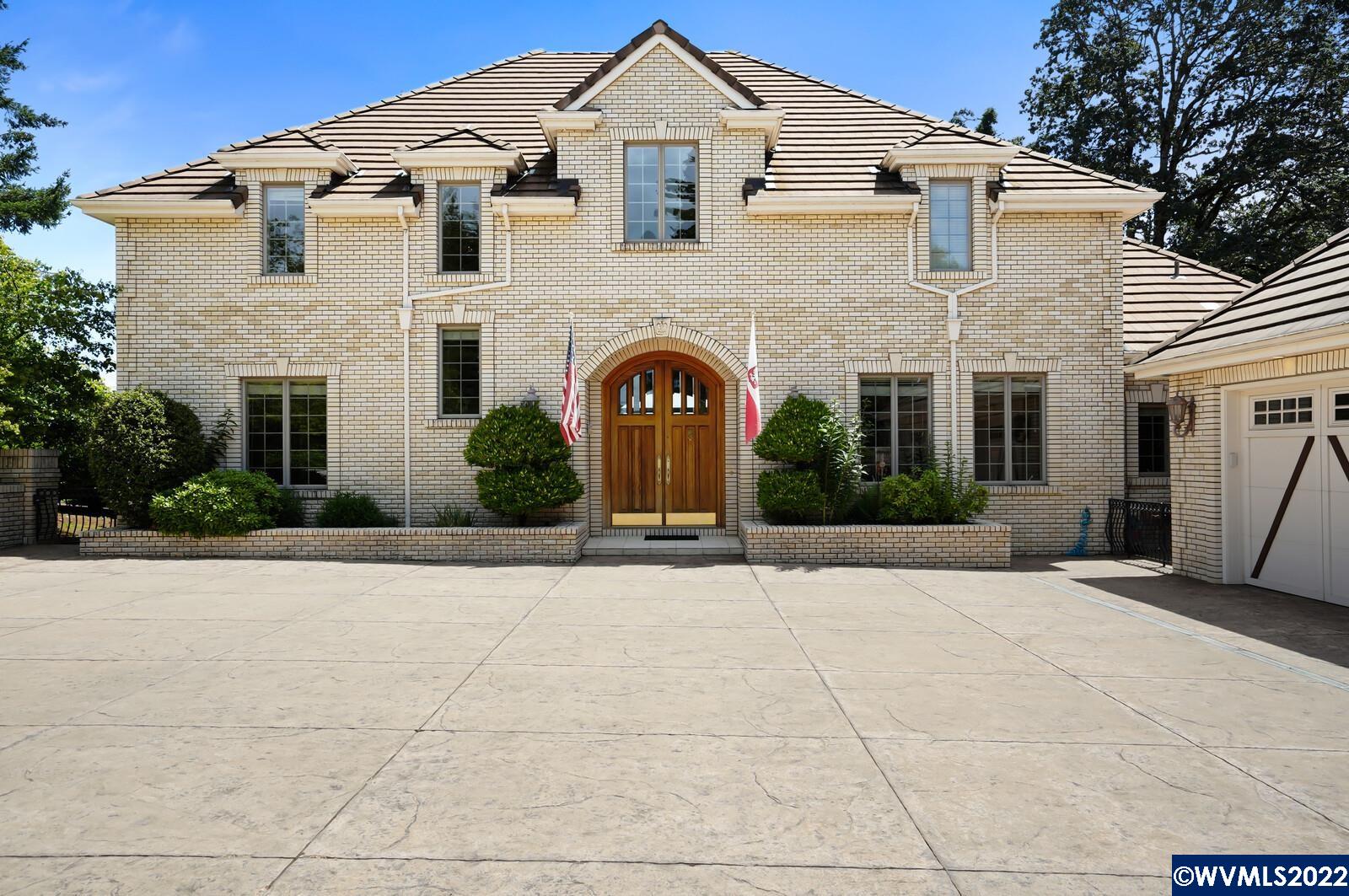 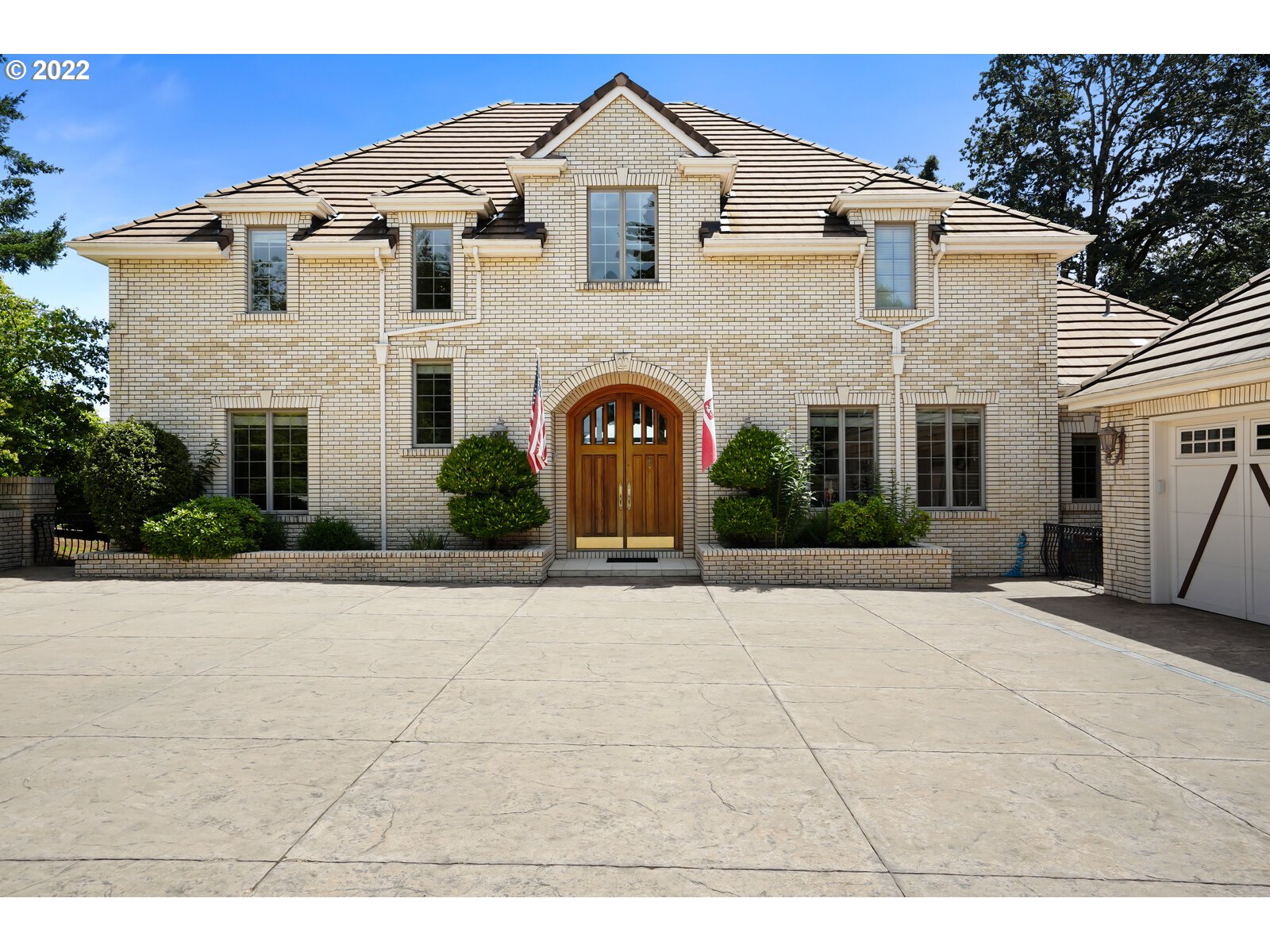 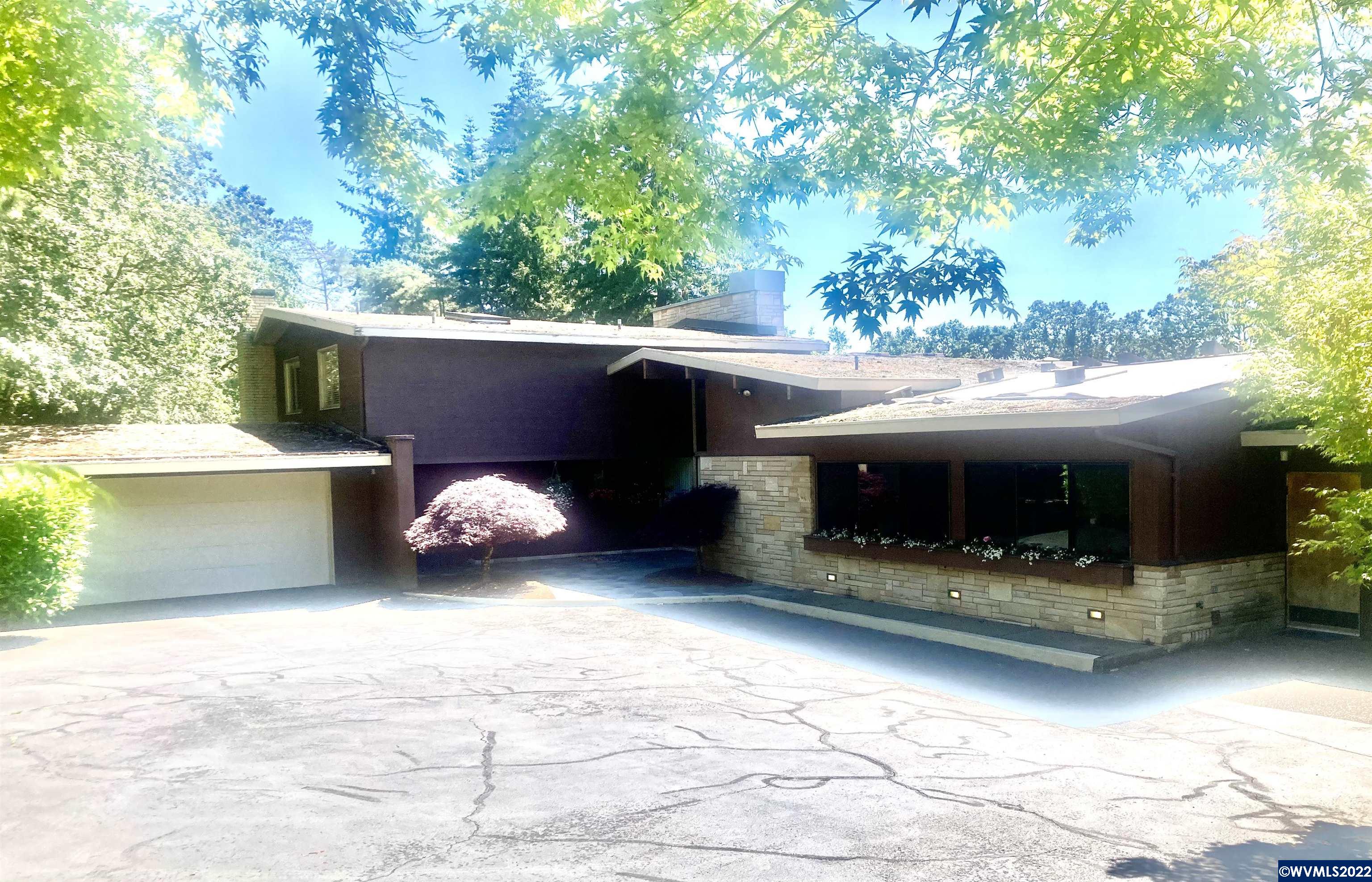 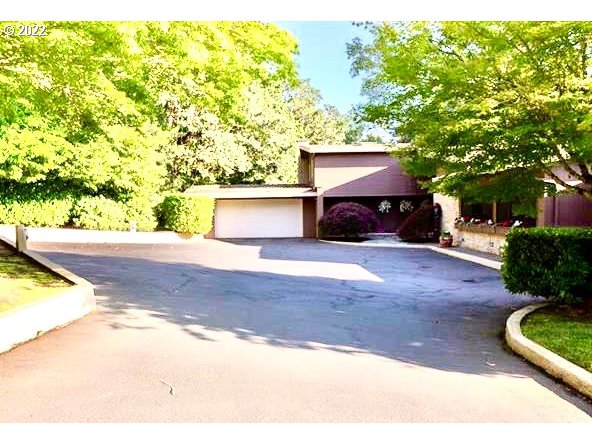 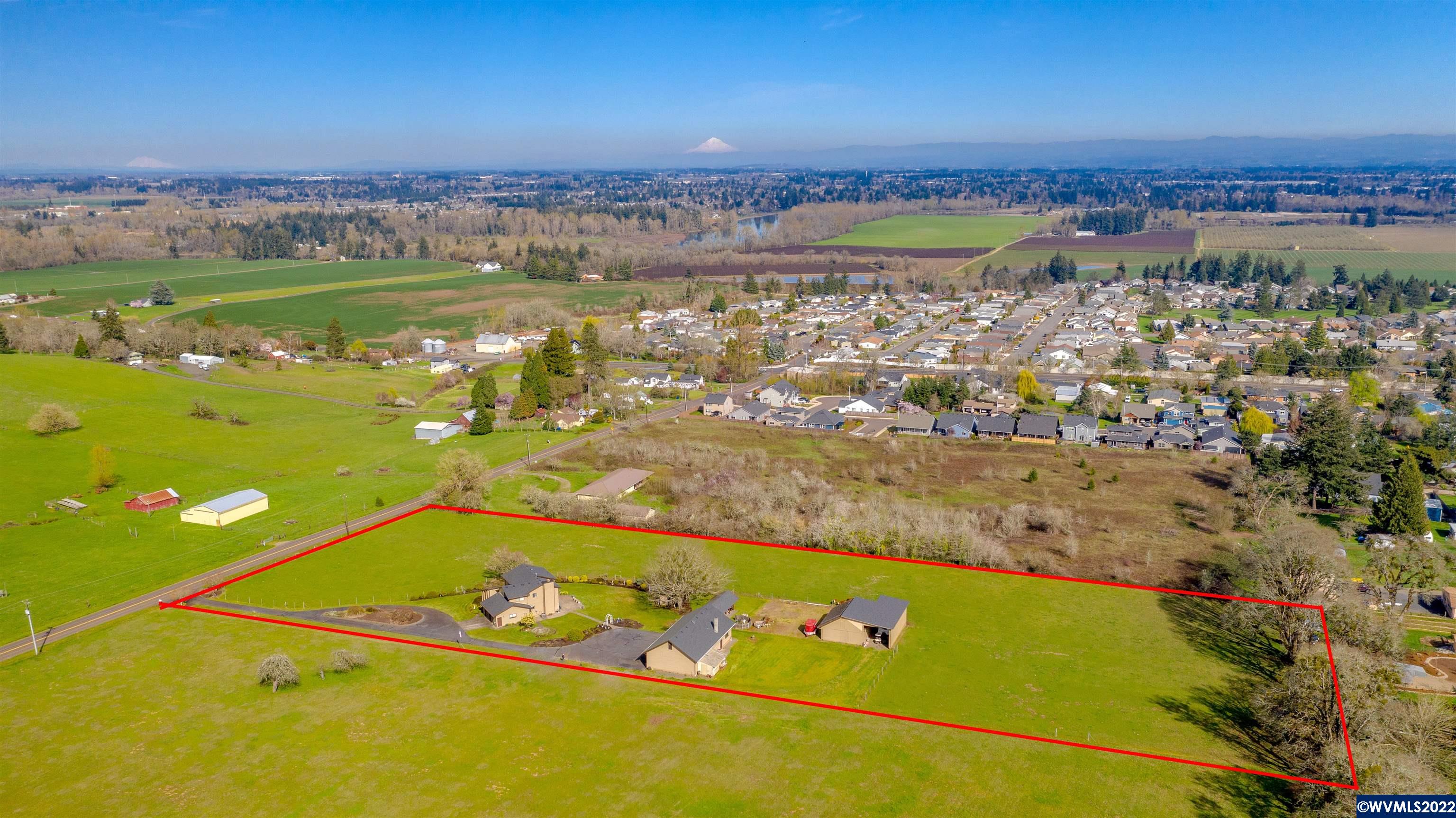 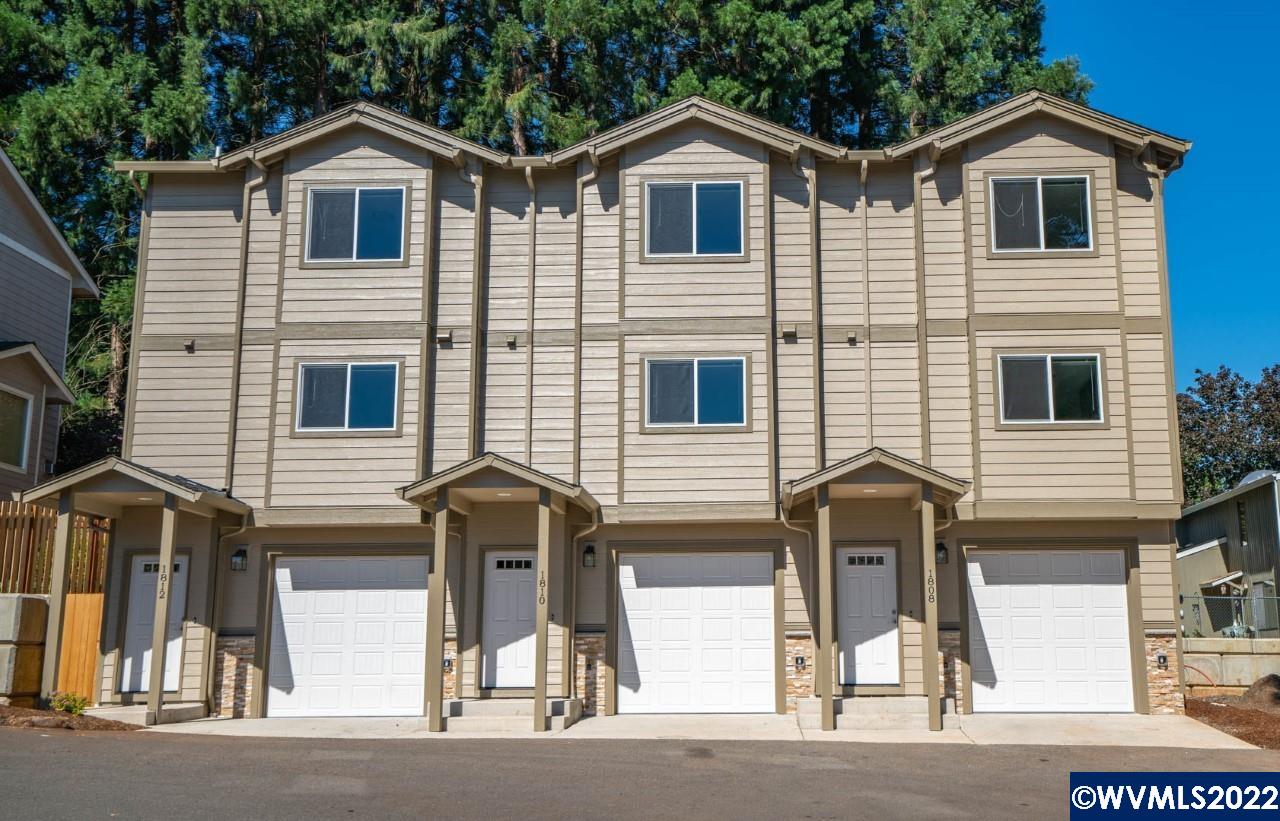 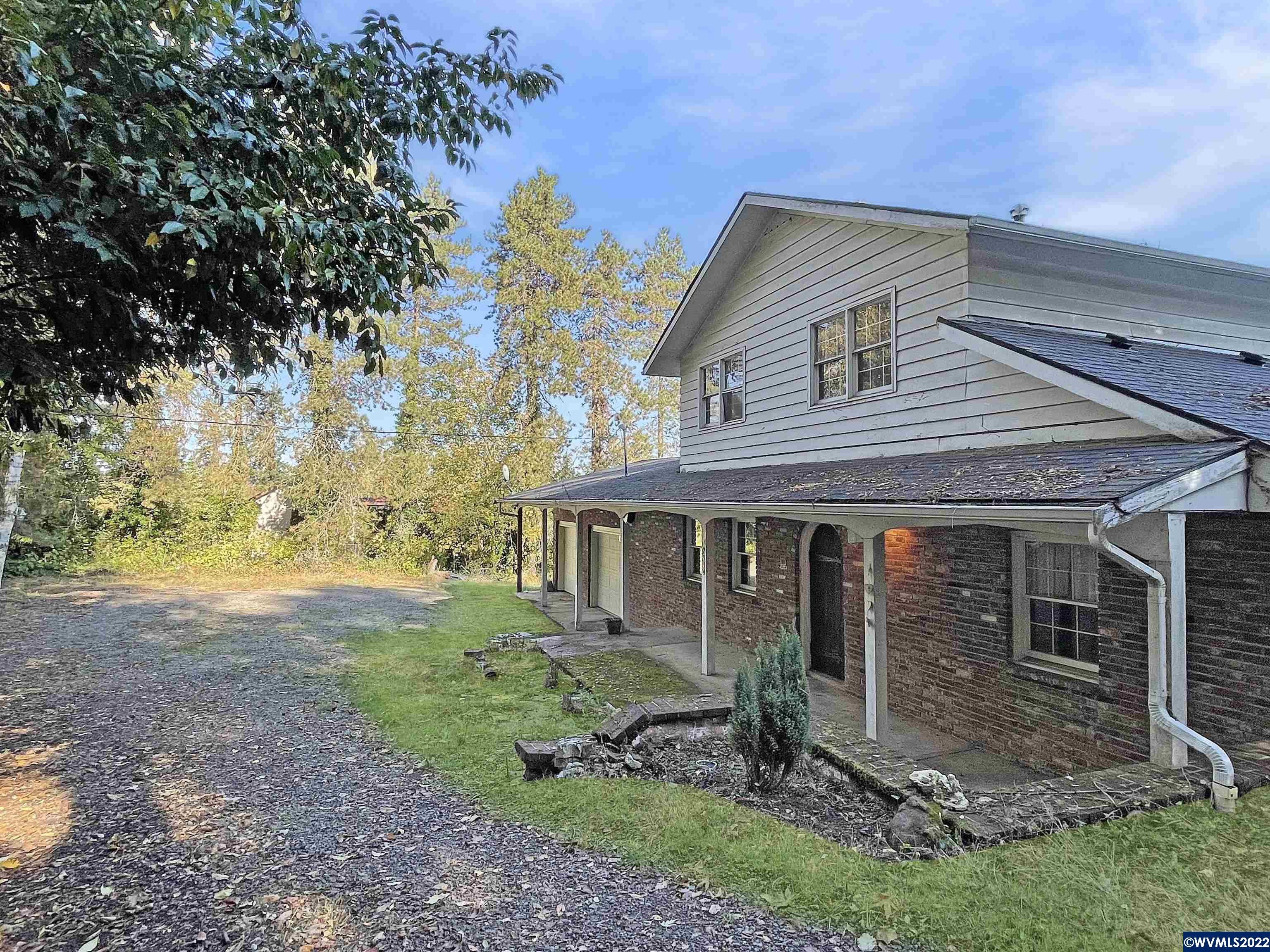 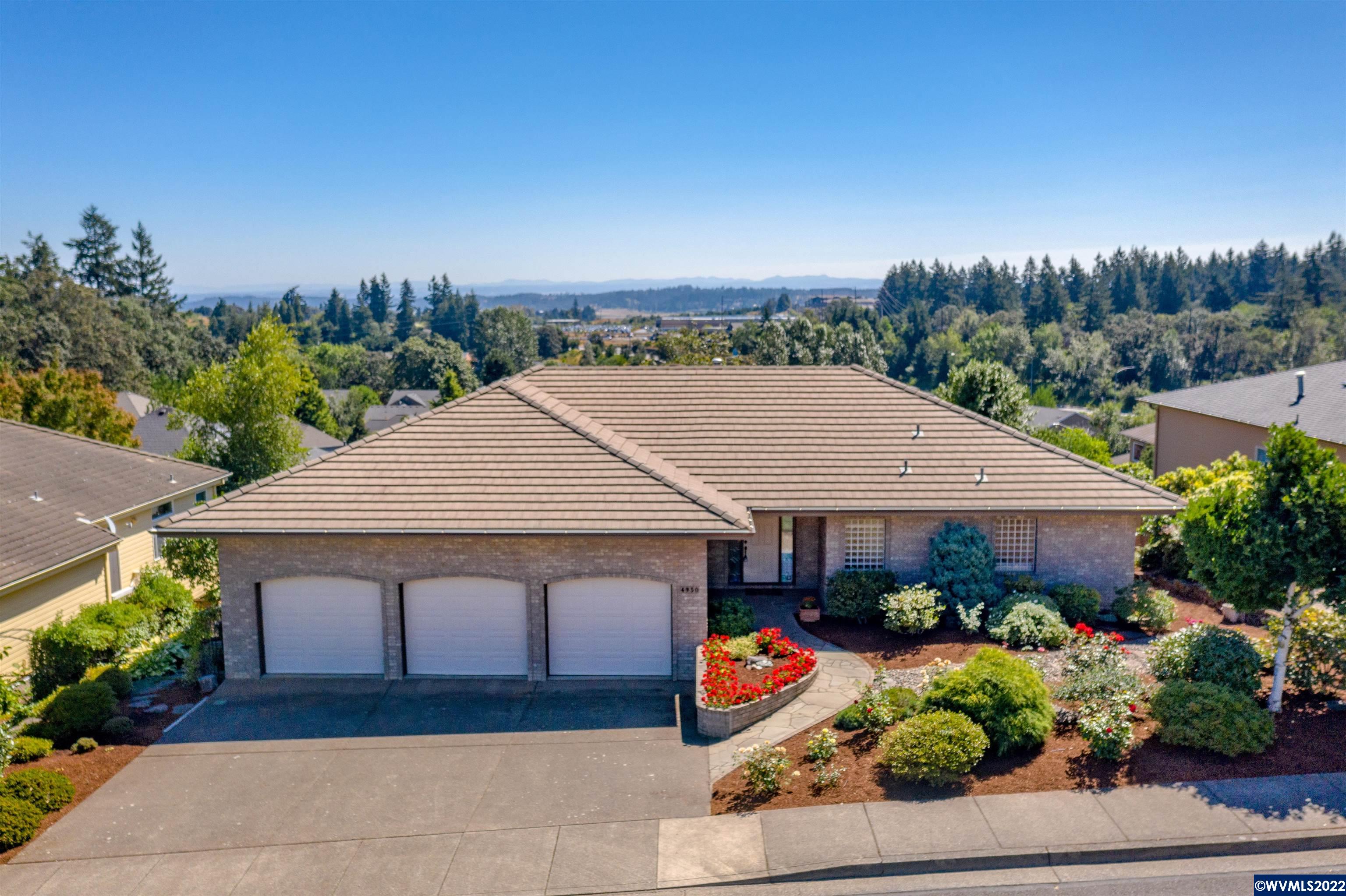 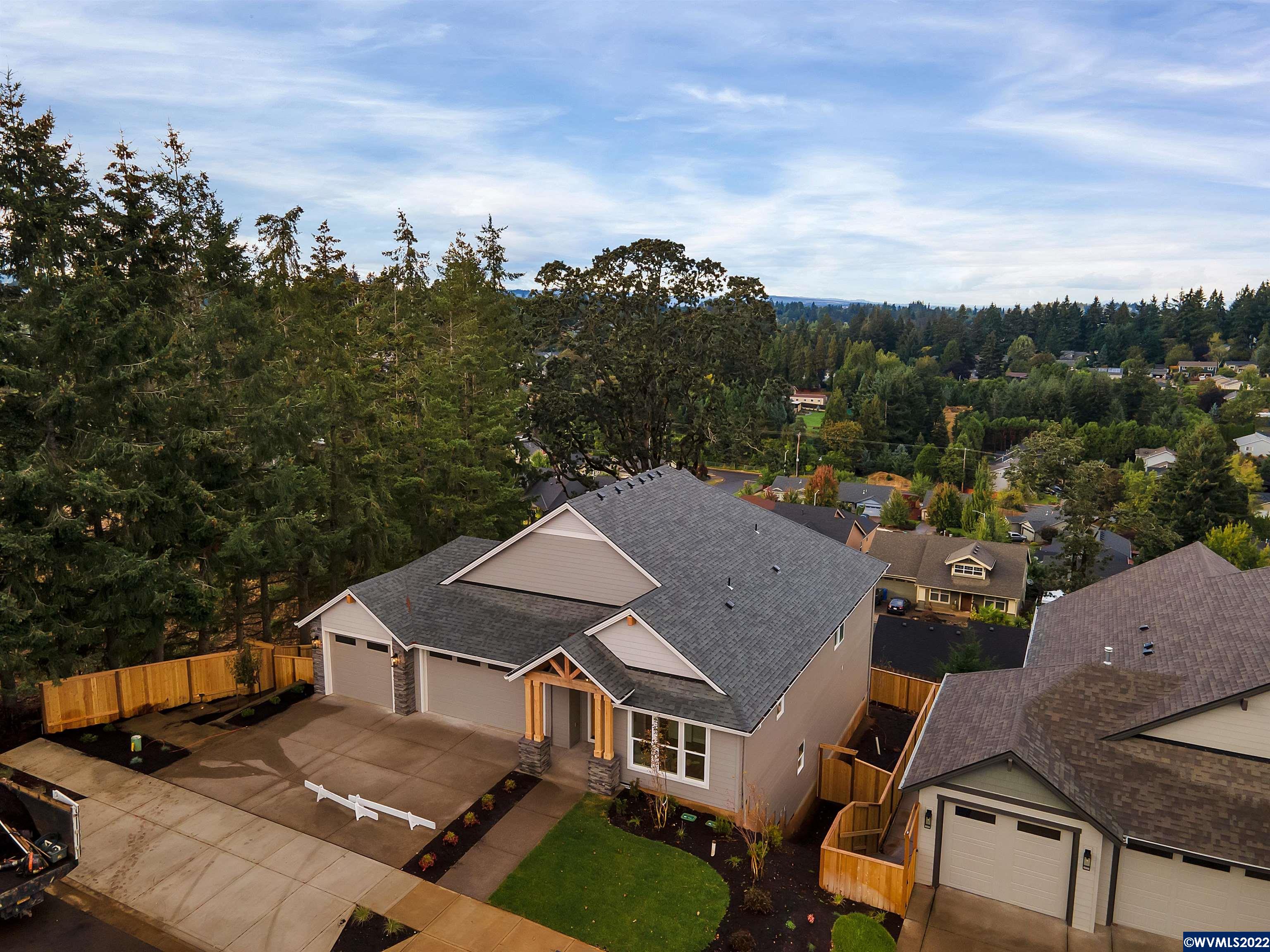 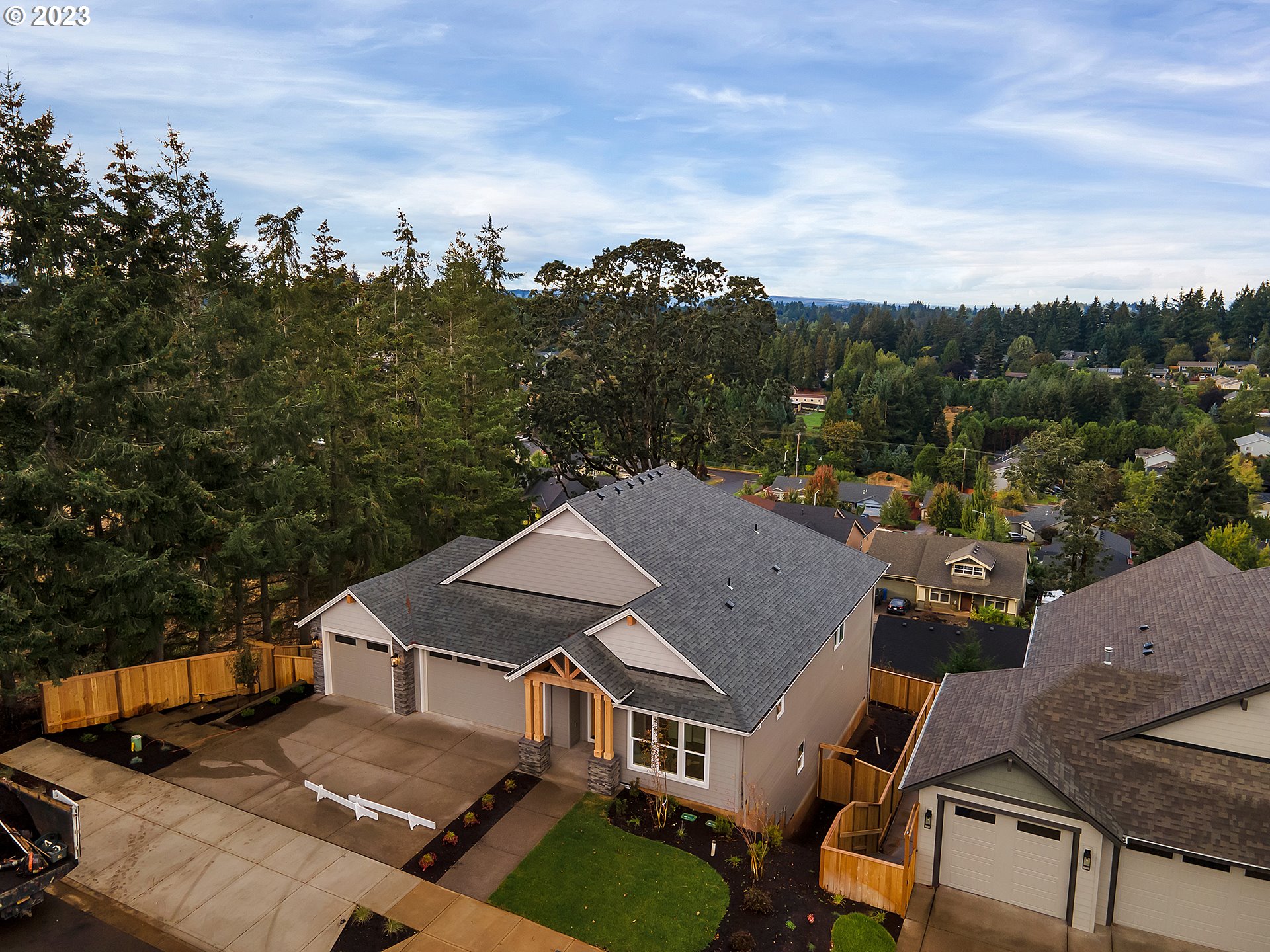 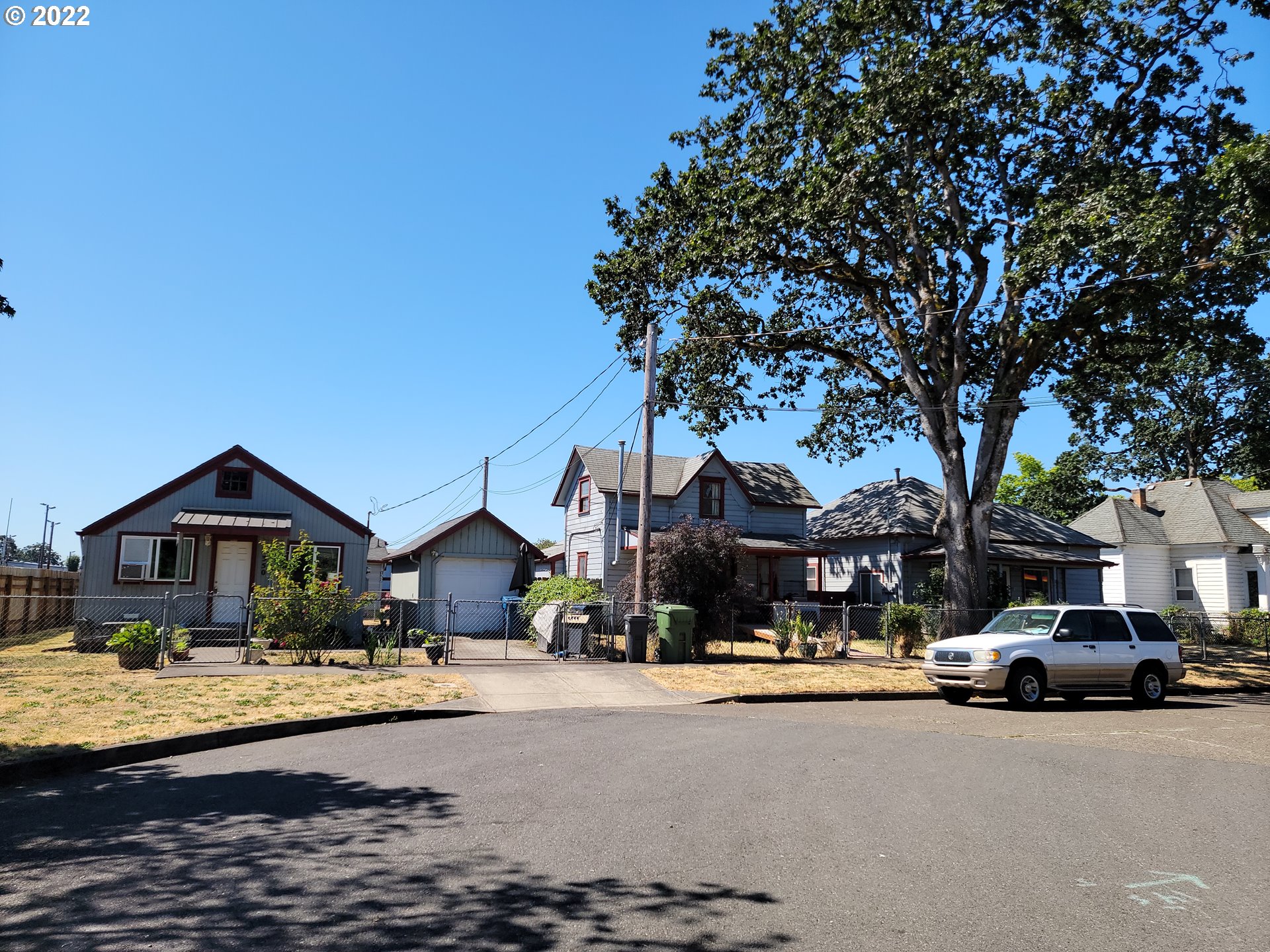 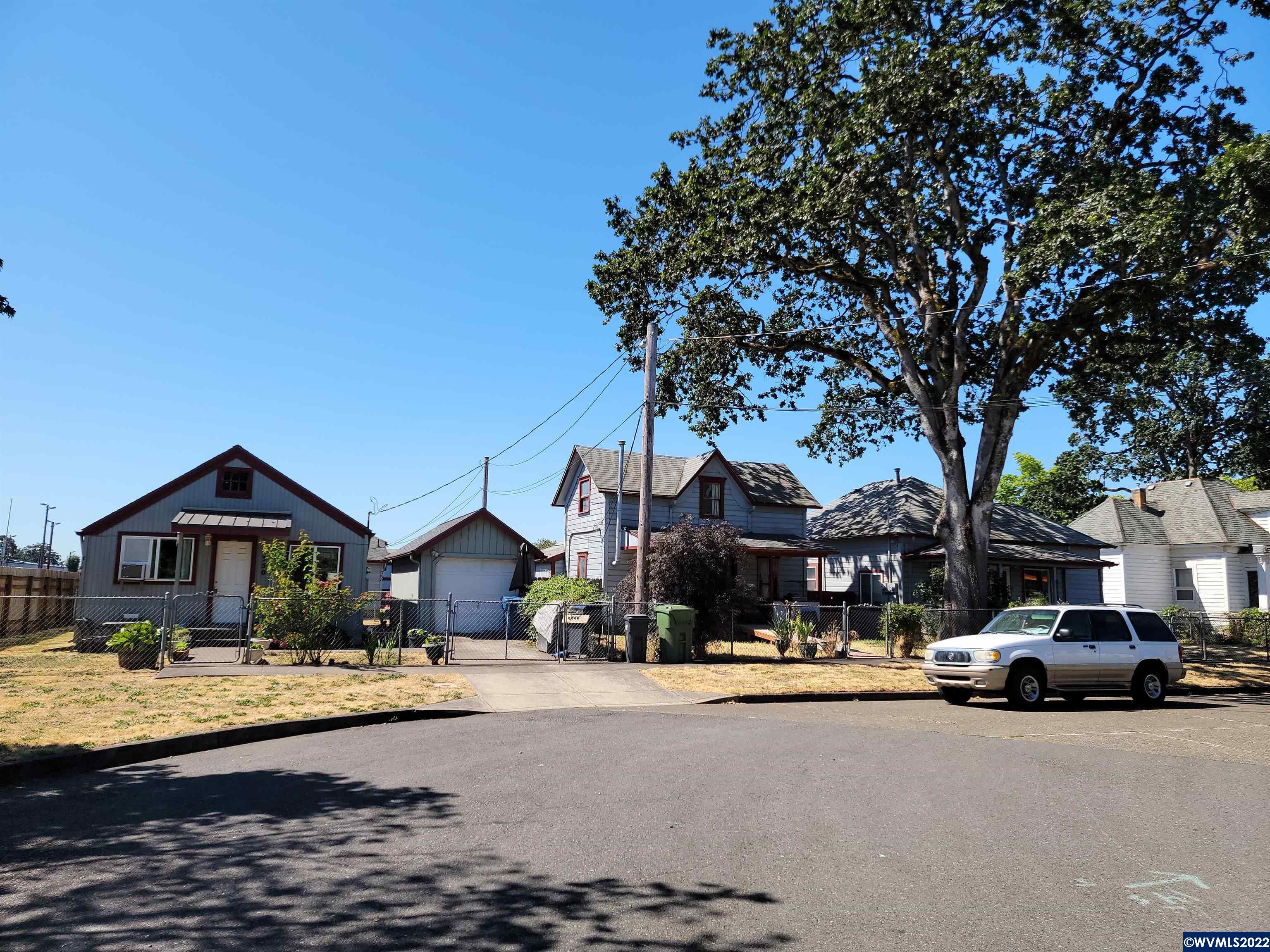 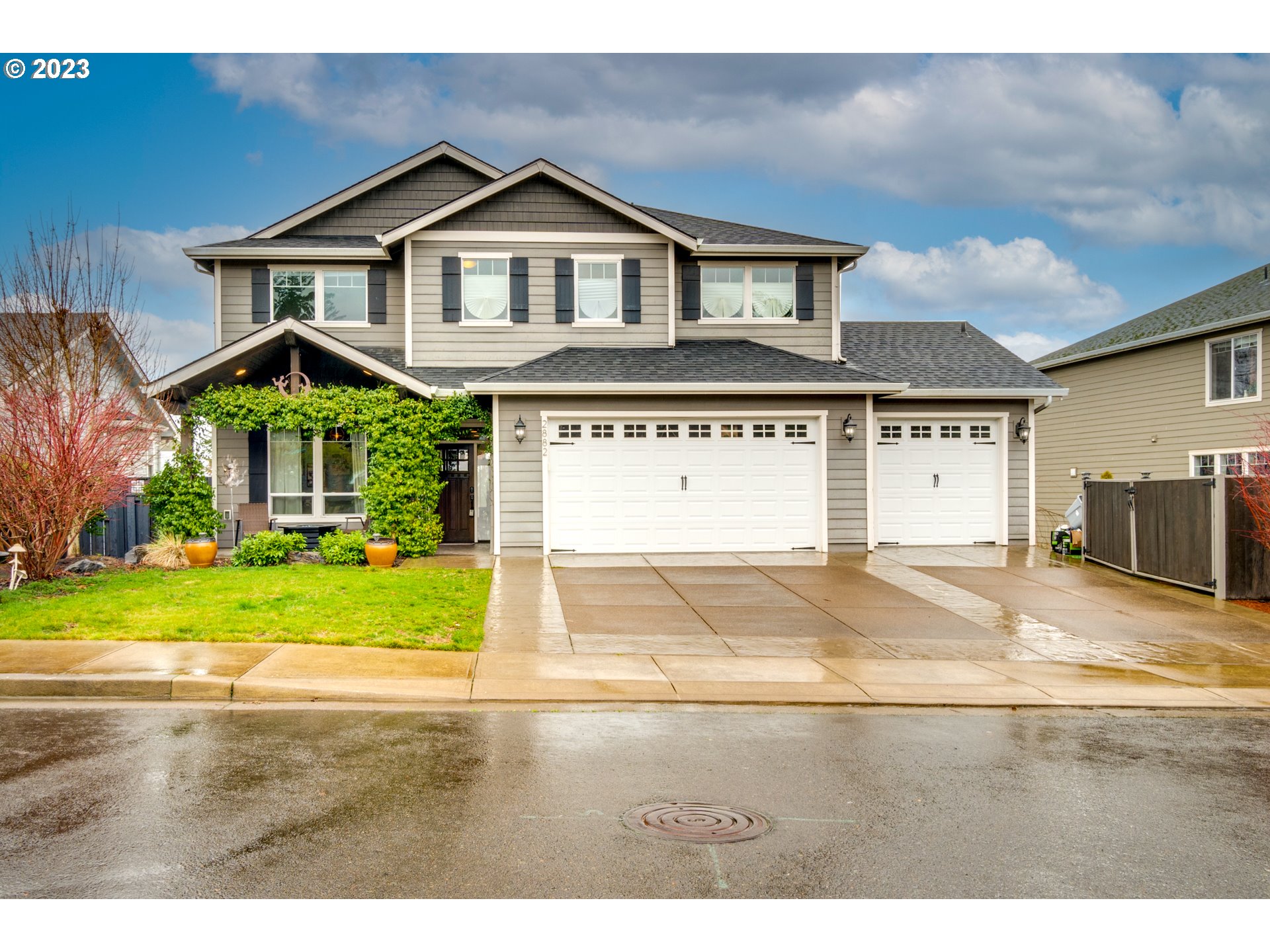 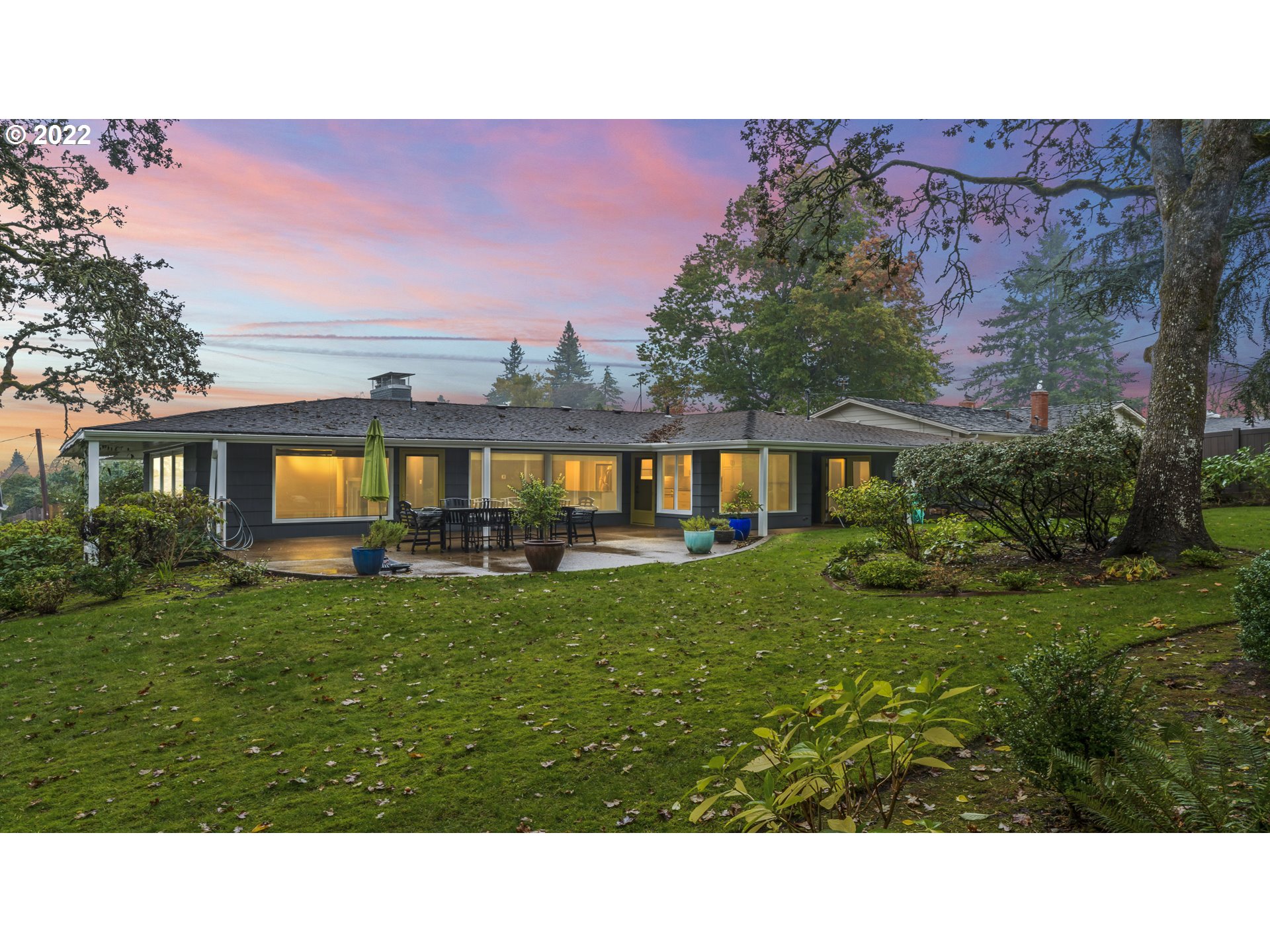 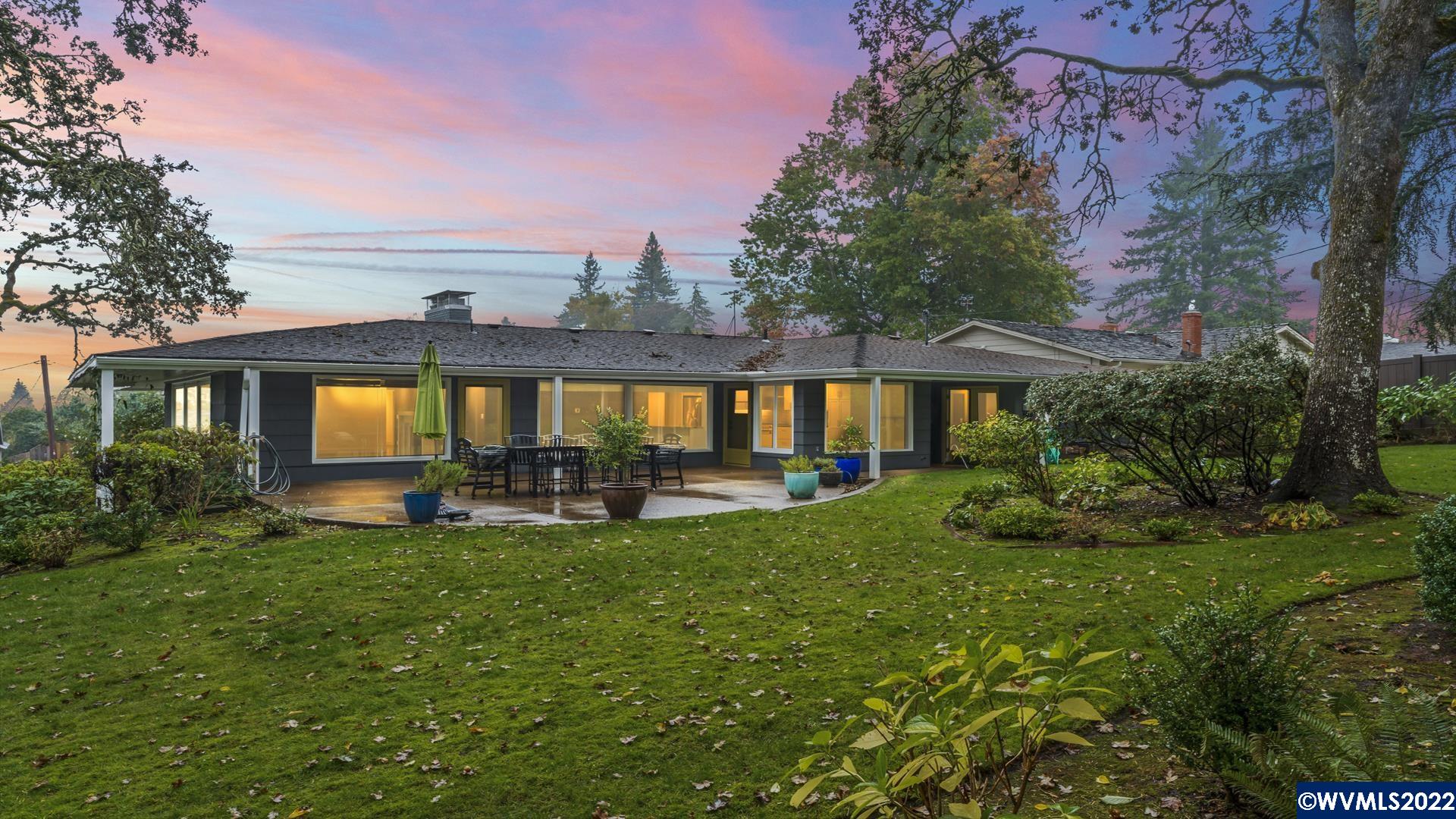 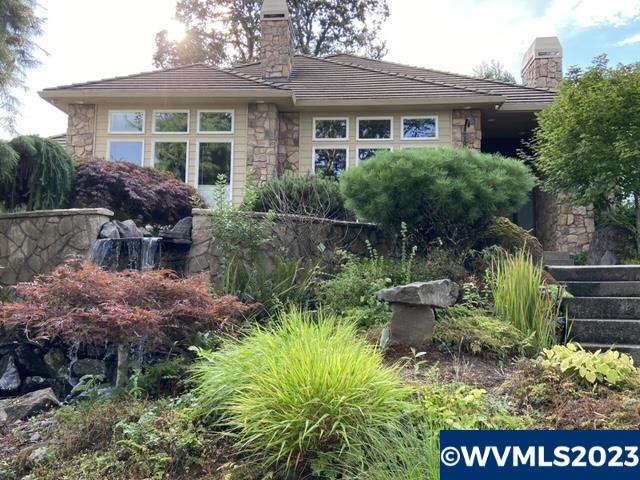 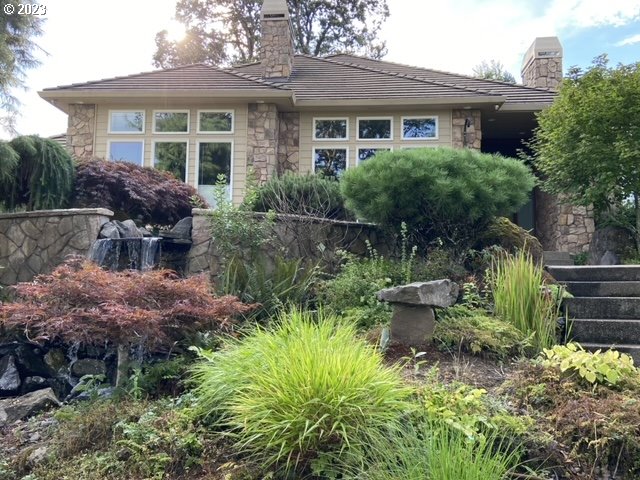 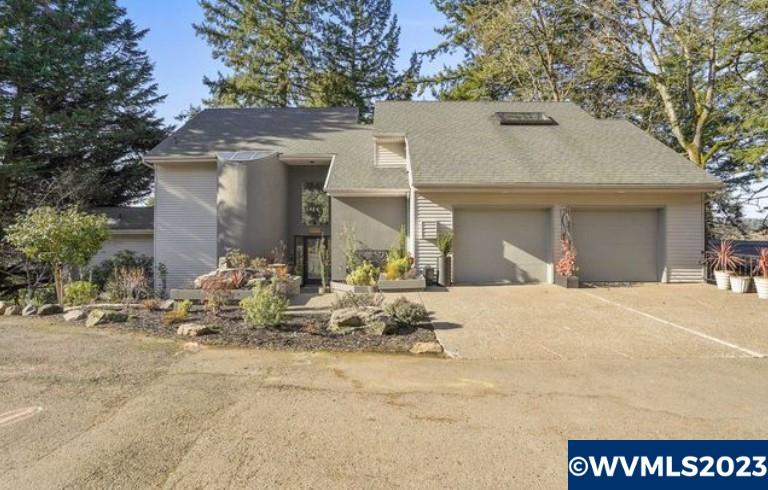 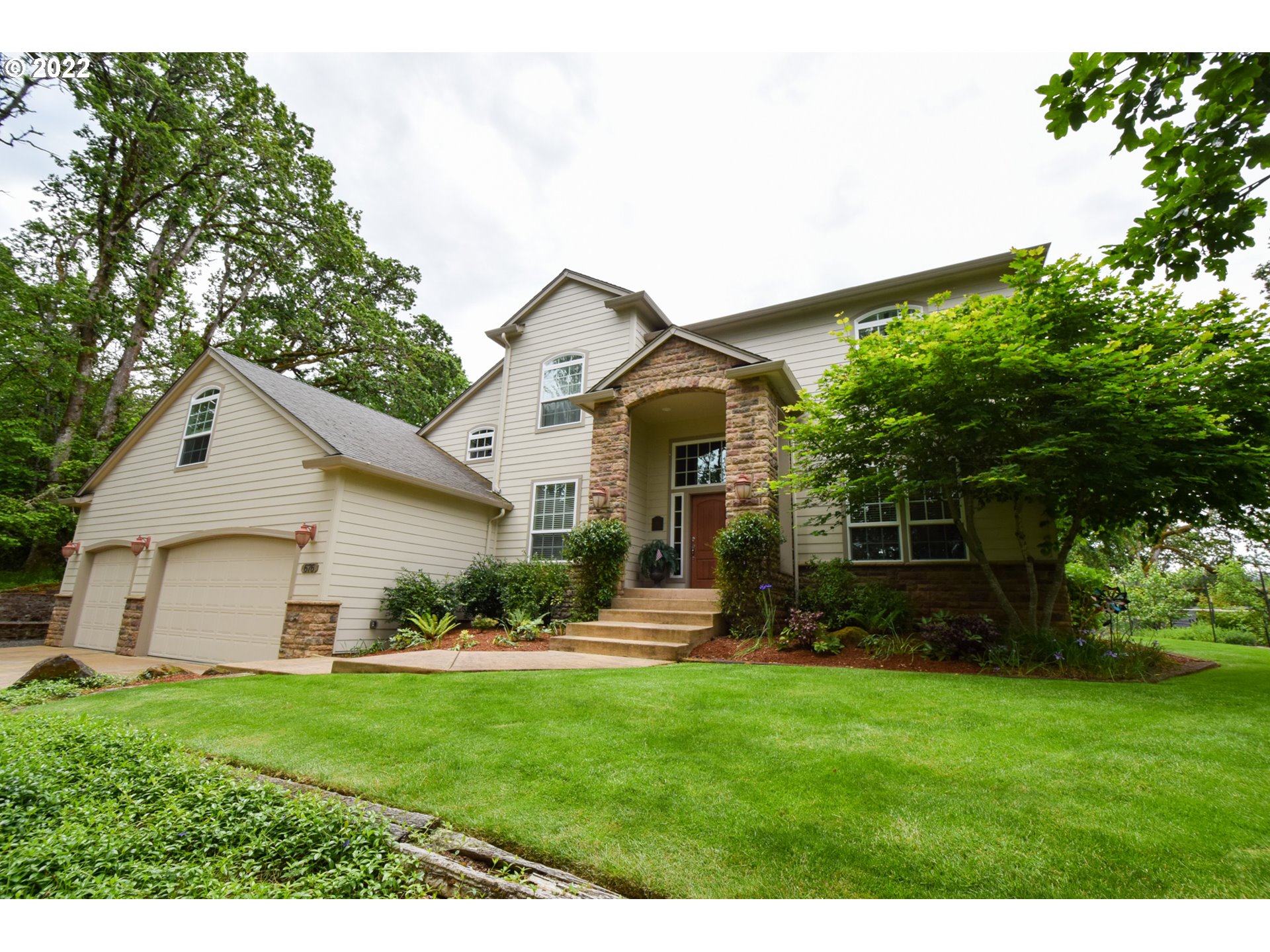 There are no properties that match your search results.

Welcome to Salem, OR

Salem is the capital city of Oregon. Set amid a park with gardens, the domed Oregon State Capitol contains a collection of art by Oregon artists. The Hallie Ford Museum of Art includes works by Pacific Northwest and Native American artists. The Willamette Heritage Center includes a Victorian wool mill, plus 19th-century homes with period furnishings. The Bush House Museum is an Italianate mansion built in 1878.
Salem is the picturesque capital city of Oregon, less than an hour southwest of Portland. Known for its lush green space and thriving arts community, Salem offers residents a great mix of outdoor recreation and cultural engagement. Home to more than 175,000 people, Salem is a lively town filled with beautiful 19th-century homes, museums, and legislative buildings.
Residents love the blend of Ranch homes, Mid-Century split-levels, Tudor cottages, and Victorian mansions found in the area. The best things to do in Salem revolve around enjoying the city’s natural beauty, whether you take a shopping trip to Salem’s historic downtown center or visit the Deepwood Museum and Gardens.
Liberty Street runs right through Salem’s downtown core, which is steps from the Riverfront City Park and has nearly 70 retailers, restaurants, and historical spots to explore. A hip, energetic area, Salem has all the perks of a large city, with ample outdoor space to help its residents unwind.
Golfers can hit the greens at the Creekside Golf Club, while hikers can spend an afternoon on the Skyline Trail, Croisan Creek Trail, and Fairview Wetlands Scenic Trail. When they’re not outside, the community enjoys coming together at any of Salem’s many annual events and festivals, including the Salem Art Fair and Festival or Fish Fest.

Salem is an energetic community with a suburban feel. Most locals own their homes and love participating in the city’s wide range of events and activities. For adventurers, Salem has trails, lakes, river beaches, and stables. Artists can find their place at yearly art festivals, museums, and galleries, and culinary connoisseurs can indulge in upscale eateries as well as down-to-earth farmers' markets.

The food scene in Salem is strong, with freshly grown, local ingredients and crafts available at the weekly Salem Saturday Market. For upscale dining in the area, Rudy’s Steakhouse is one of the best in the city, a traditional American eatery with a beautiful outdoor patio. Old-fashioned elegance pairs with hand-crafted plates to create an ambiance at Rudy’s that’s second to none.
For the perfect date night, DaVinci Ristorante is a romantic Italian restaurant on High Street revered for its gourmet entrees and exquisite desserts. Locals love the rotating menu that features mains like the roasted split duck and the seafood pappardelle. On Liberty Street, Amadeus serves classic Pacific Northwest bites alongside unique cocktails.
Entertainment abounds in Salem, starting at the Elsinore Theatre on High Street. Housed in a historic 1920s Gothic cinema, the Elsinore is now a venue for concerts and live theater. Also on High Street is Salem’s Historic Grand Theatre. Another age-old treasure, the Grand was built in 1900 and features a theater, ballroom, retail spaces, and more. For live music, the LB Day Amphitheatre is hard to beat, especially during Salem’s summer concert series. Many of Salem’s bars and pubs have live music, with the Half Penny Public House taking the top spot with locals. The Infinity Room is perfect for anyone who prefers a night of comedy and one-person shows.
A number of shops like Top Drawer Boutique line Salem’s downtown core along Liberty Street and Commercial Street, or there’s Salem’s main shopping mall, the Salem Center. The Salem Center includes 80 stores and a handful of restaurants to choose from, and more shops line Lancaster Drive to the east.

With so much to do both indoors and out, Salem residents are never bored. The arts and culture scene is thriving in Salem, from the annual Salem Art Fair and Festival in July to the Hallie Ford Museum of Art at Willamette University. The third-largest art museum in Oregon, Hallie Ford strives to promote the expression of the human spirit and highlight artistic prowess from different places and times in history. Salem on the Edge is another art gallery on Liberty Street that features a variety of local artists within its 1,700-square-foot space.
For the kids, Gilbert House Children’s Museum is a great place to go for fun, with interactive exhibits that help kids learn. Or, for birthday parties or an afternoon of games, there’s Electric Castle’s Wunderland, an arcade in the market square.
For families that prefer to spend time together outdoors, Deepwood Museum and Gardens is a gorgeous estate centered around one of Salem’s prized historic homes. Built in the 1890s, Deepwood now offers tours of the house, providing insight into Salem’s local history and access to its stunning grounds.
Riverfront City Park is another family favorite, with 26 acres of waterside park space beside the Willamette River. The park hosts many of Salem’s annual festivals, including the much-loved Summer Movies in the Park event, and also has a carousel, a discovery village, and an amphitheater. Finally, Bush’s Pasture Park is one of the larger parks in the city, with more than 90 acres of lush outdoor space. Originally the site of another historic residence in Salem, the initial home of the Bush family is now a museum on the park property. Explore the charming gazebo, conservatory, and rose garden before hiking one of the park's many walking and jogging paths.
Golf lovers feel right at home in Salem, where there are five main courses and clubs to play at. The Creekside Golf Club sits to the south and offers special amenities to its members, from the club pool to the golf performance center to Danny’s on the Green, where members can grab a bite in-between rounds. Illahe Hills is Salem’s only country club, with fitness facilities, bocce ball and tennis courts, indoor pickleball, beautiful event space, and its 18-hole course.

These are all the neighborhoods where the realtor Rebecca Donaldson has active real estate listings:

A community in Keizer with plenty of opportunities to connect with nature.
For Sale
Sold
Pending
Under Contract
Active Under Contract
Coming Soon
Pocket Listing

With a focus on client service, Rebecca has prioritized the expansion of her network and resources throughout her career. You can have absolute confidence that all your real estate solutions are within reach when working with Rebecca Donaldson.

Enter your contact information below and I'll be sure to get back to you as soon as I can!